Our happiest moments can be when we meet our “biomom” (biological-) and/or “biodad.” The meeting could be, “oh, boy, I wish I didn’t do that.” Most of our lives we fantasize about what our lives could have been with our “biofamilies”; the day comes to meet them, and the door is shut in our face, or we are met with unanticipated frustrations.  The key is to invest ahead of time in thoughtful, realistic introspection. If we are not well grounded in who we are or what we realistically can expect, we are setting ourselves up for high expectations and much disappointment. Be prepared!

Get Rid of the Fantasies

Some adoption organizations tell the adoptive parents not to tell the children about the children’s bioparents’ circumstances; frankly, that makes it easier for children to fantasize.  But children’s minds are creative enough, even after being sprinkled with doses of reality. My parents told me, when very young, about the circumstances of my birth mother, and I still fantasized that she missed me and wanted me in her life. I still wanted to live in my homeland Germany. When we are about to meet our bioparents, the fantasy needs to be put on check. We must meet the birth parents with a blank slate.

The joy of a fantasy is that it is what we want to make of it, sort of like a romance. It’s what we alone, not others, want and think. So, those people with their fantasies who knock on the door of a biodad, might become terribly despondent when the biodad says, “I don’t want to meet you,” and slams the door. A birth mother might respond to a phone call, “The reason I went with a private adoption was because no information about me would be leaked,” and she apologetically hangs up. Our fantasies did not include what the biofamilies wanted. Essentially, we must not be selfish in what is otherwise a very difficult, albeit joyous, situation.

Have Boundaries and Minimize Expectations

Before I first met my biomom, I questioned how I would greet her: hug? kiss? handshake? a simple bow? I compromised with a handshake and a kiss on the cheek. I did not want to exude emotion, and I did not want to put her in a more uncomfortable position than we were already in. Then I met her family, and later my father and his family. My reaction was the same: sincere, respectful and cautious; after all, I knew nothing about the families’ dynamics. My half-sister initiated finding me, and I was very careful not to upset my hostess. However, just listening and watching, I was able to see who disliked whom or who had strained relations with others.

My expectations were low, primarily because I did not know their expectations.  It would be foolish to think that I can just jump in and be a part of the family, certainly not after more than 50 years have passed. Perhaps they just wanted to see me once, and that was enough for them. In fact, I went to Germany to meet them just to ask some questions, and then leave with no future expectations. Later, my memoir, My Mother My Daughter, will show that eventually my visits to my families were regular and often and to learn as much as I could about them.

I found being respectful, sincere and cautious was a good approach. It saved me from a lot of disappointment and embarrassment.

I was more fortunate than a lot of adoptees looking for biological parents; they looked for me, although I spent a lifetime wondering about them. They lived in Germany, and the majority of the family members spoke only German (and some spoke only dialectic German). Although I had a smattering of German from my college days, I knew I would not be able to speak effectively. To meet my mother and later my father (separate families), I paid for translators—and for ten years after that I drowned myself in German lessons. Although I could barely talk about the deeper, philosophical issues of who we are and how we got to this point, I was an expert at asking for the toilet and food!

My other concern was regarding social and class differences. My birth families were hard-working blue-collar workers; they watched their pennies and did not go outside their home often. As part of the American “dream” and opportunity, I had money to spend and wanted to go out with my family. I offered to pay to have them accompany me. It had no effect on me, but my family squirmed. Finally, my half-sister told me pointedly, “Mir ist peinlich,” i.e., “I am embarrassed.” Eventually, I learned to spend time at everyone’s kitchen table; we spoke until I ran out of German words.

Most members of both families accepted me warmly. One relative accepted me cordially at first, but because I associated with other members that she did not like, she stated that she no longer wanted to see me. That was a punch in the gut. I was also at fault because she was a very private person, and I unconsciously did not honor that. We all have our stories to tell, as I have in my memoir, but it is not ours to tell someone else’s story.

Some of our newly found family members might reject us for other reasons, similar to examples in this article: e.g., they are not ready; they are envious that we have – hopefully — a better life; their curiosity is gone, and so on. So be it (also known as acceptance).

We Are Still Outsiders

After five years of visiting my family in Germany, I was beginning to feel comfortable with them. My life-long need of belonging was assuaged, but reality is that I was just a visitor in their lives. When I came to this realization, I asked my German aunt, a person who was honest and tender, if she considered me a member of her family. She hemmed and hawed, definitely looking for the right set of words, and finally stated, “Well, you have never really been here to be a part of us.” Did that hurt? Yes. Do I understand? Yes.

In other words, when we meet our biomoms and biodads, we need to have our grown-up pants on. We need to be selfless, realistic, and respectful of all parties.

Is It Worth It?

The journey will always be worth it. It takes a lot of guts, tenacity, and self-knowledge to get to the point that we meet our biological parents.  For some, such as myself, the journey takes a lifetime. 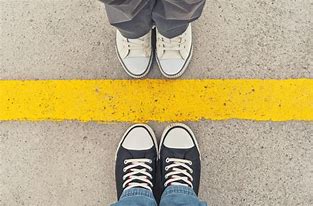 Marita Malone, Ph.D., is a former assistant professor and a former special agent of the FBI. She was adopted from Germany after World War II. She is an author of several books, blogs, and articles: the memoir My Mother My Daughter, Managing Law Enforcement Change, and several articles and blogs on management, professional ethics, and adult adoptee issues. Dr. Malone authors the interactive website https://www.adopteedialogue.com .
Scroll To Top
We use cookies to ensure that we give you the best experience on our website. If you continue to use this site we will assume that you are happy with it.Ok